Understanding Payroll in Canada: What Global Companies Need to Know About Canada Payroll Thanks to its strong open-market system, friendly global commerce environment, and well-educated workforce, Canada attracts businesses from around the globe. With just a 4.6 percent unemployment rate, the country’s citizens enjoy one of the most stable economies in the West.

Though its Gross Domestic Product (GDP) of $1.67 trillion in 2016 was just one tenth that of its primary trading partner, the United States, Canada remains one of the world’s wealthiest countries and is predicted to be the tenth largest global economy in 2017. In addition, the country’s transparent and efficient regulatory framework helps make opening a business within its borders a relatively straightforward process.

For growing U.S. companies, in particular, opening an office in Canada is often the first step to broader international expansion. But maintaining fully compliant Canadian operations can be complicated, due to the constantly shifting laws and payroll regulations that vary across the country’s ten provinces and three territories. Read on for a primer on the top considerations to watch when setting up and executing payroll on Canada.

Opening a branch office is one way for a company to set up a business in Canada, but it comes with many drawbacks – one of which being that the foreign parent carries full liability for the branch’s operations. In addition, operating as a foreign office can complicate the company’s dealings with Canadian tax authorities and leave its stakeholders jointly or severally liable for tax debts in multiple countries. From a tax point of view, branches are permanent establishments of non-resident companies and a Canada branch is not a separate legal company from the parent organization.

Companies will need to obtain a Business Number (BN) from the federal government (or a Quebec Enterprise Number [NEQ] for those incorporating in Quebec) in order to open and operate a payroll program account with the Canada Revenue Agency. From there, they’ll also use the BN to register to pay their GST, corporate income tax, and import/export taxes. The corporation may also need to register to collect and remit provincial sales taxes, for Workers’ Compensation Insurance, for provincial Employer Health Tax, and for other provincial and/municipal licenses.

Since immigration in Canada is an area of shared federal and provincial responsibility, companies’ ability to hire foreign workers depends on the location in which they operate. In all hiring decisions, employers should be mindful of the stipulations of the Canadian Human Rights Act (CHRA), which prohibits discrimination on the basis of gender, race, ethnicity, age and a number of other grounds. In addition, the Employment Equity Act (EEA), which falls under the Department of Justice Canada, establishes protections for the rights of four “designated groups” in particular: women, people with disabilities, Aboriginal people, and visible minorities.

Approximately 90 percent of workers in Canada are protected by the unique employment laws of their province or territory, which employers can access here. The other 10 percent – which includes many in industries such as broadcasting and banking – are protected by the federal labour standards that define required employment conditions. The standard for an employee in a federally regulated industry is an eight-hour workday and a 40-hour workweek.

Employers must review every new employee's Social Insurance Number (SIN) card within three days of the employee starting work and have the employee fill out Form TD1 for the personal tax credits return.

Canadian payroll regulations call for employers to pay employees on a regular basis, whether weekly, bi-weekly, semi-monthly, monthly or annually. As in most countries, every paycheck should clearly account for any wages, overtime, holiday, severance, or bereavement pay.

For those companies governed by regulations at the federal level, overtime is federally enforced at 1.5 times an employee’s regular rate. Fines for not complying with Canada’s tricky overtime laws can be expensive: KPMG once paid an estimated $10 million to settle a suit with its employees. Federal law also mandates the observation of nine national public holidays, though each province or territory may observe additional holidays.

The aforementioned TD1 form is used to determine the amount of tax to be deducted from an individual's employment or other income, such as pension income. It is important to note that if an employee has more than one employer at the same time and has already claimed personal tax credit amounts on another TD1 form, the employee cannot claim them again. Likewise, individuals do not have to complete a new TD1 every year unless there is a change to their federal, provincial or territorial personal tax credit amounts. However, if there is a change (e.g., employee becomes disabled or gets married), employees must complete a new form no later than seven days after the change.

Employers operating in Canada are required to withhold income taxes, at both the federal and provincial or territorial level, from their employees and submit them to the appropriate tax collection agencies. The tax rate is progressive based on income, ranging from 15 percent for the lowest bracket, to 33 percent for the highest earners. Employers that neglect to withhold income taxes from their employees may be subjected to a penalty equaling 10 percent of the taxes not withheld. The period in which taxes are deducted and due (e.g., monthly, weekly), depends on the amount collected.

For all employees aged 18 to 70, employers in Canada are required to withhold Canada Pension Plan (CPP) contributions and Employment Insurance (EI) premiums. However, those operating in Quebec contribute to the Quebec Pension Plan (QPP). Those contributions are deducted from wages, salaries, bonuses, commissions and any advances from payroll, among other sources.

Taxes are remitted by employers electronically, in person or through mail to their federal and provincial governments. However, employers may be required to remit electronically, depending on their total average monthly withholding amount. Failing to pay or pay on time can be quite costly. Employers who fail to deduct may be susceptible to a 10 percent penalty on the total amount of CPP, EI and income tax the employer failed to deduct. Penalties occurring more than once in a calendar year may increase to 20 percent. Additionally, if employers withhold but fail to remit, then they may be charged penalties between 3 percent and 10 percent, depending on the lateness of payment.

For global payroll teams, one of the main federal acts affecting Canada is the Employment Insurance Act. Employment insurance essentially funds maternity and paternity leave, as well as sickness and compassionate care. Such leave can range from a few days to as much as 71 weeks, although there is a reduction in income of at least 40 percent.

For example, employees in most provinces who are expecting a child are entitled to 35 weeks of benefits, which can be used for one parent or be split between couples. In certain situations, biological mothers are entitled to as many as 71 weeks paid leave when combined with sick leave and compassionate care leave. This excludes Quebec, however; this province has its own program that offers maternity, paternity and parental benefits. Hence, the Government of Canada adjusts premiums accordingly for that province.

With the exception of certain industries that are governed at the federal level, paid leave is also mandated at the provincial level and varies in each region. However, on average, for an employee’s first five or six years on the job, vacation is roughly two weeks, which is then increased to three weeks.

Employers are responsible for adhering to federal, territory and provincial record keeping requirements pertaining to compensation as well as taxes, insurance premiums and social contributions. Further, records must be verifiable upon the request of certain regulating bodies such as the Canadian Revenue Agency. At the federal level, records are required to be retained for a minimum of six years from the last year in which they relate to an employee. Requirements in the provinces vary, ranging from one to five years.

Organizations that establish operations in Canada have rigorous payroll practices in place to ensure record keeping needs are met. Understanding these rules is somewhat difficult, and keeping up with them is very time-consuming. Practitioners who fail to comply with record keeping requirements expose their companies to a host of fines. For example, employers who fail to deduct withholding taxes may be liable to a 10 percent penalty on the total amount of the Employment Insurance taxes not withheld.

Knowing that Canada takes its payroll compliance guidelines and business regulations seriously makes the value of a trusted global payroll solution all the more important for multinational companies. Consider deploying an end-to-end cloud solution supported by the services of a partner with deep expertise in Canada payroll.

What CCPA and LGPD Mean for Global Payroll Teams

Understanding the Risks of Non-Compliance in Global Payroll

Christmas is upon us once more and while it’s known as the season of goodwill to all, there’s plenty of payroll

While the basics of year-end payroll are similar, specific requirements can vary by country. Here, we take a look at

A detailed look into the three models of global payroll, how they differ and how multinational organizations can choose

Unlock the
Possibility in
Your Payroll

Whether you manage payroll in five countries or 50, you need a global solution that ensures compliance beyond borders and insights that will move your company forward. 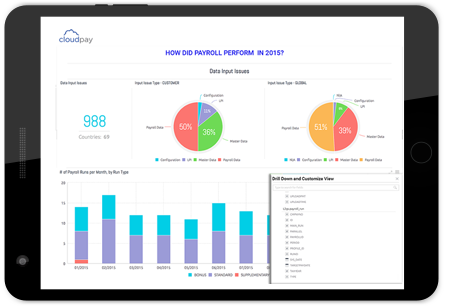