Earnings Powering Learning: What You Need to Know about UK’s Apprenticeship Levy The UK introduced the Apprentice Levy on 6th April 2017. We explore the obligations this new tax puts on payroll departments, and compare the practice in other countries.

What do Elvis Presley, Sir Michael Caine and Leonardo Da Vinci all have in common? The answer, of course, is that they all started formal apprenticeships to learn a trade (Elvis was an apprentice electrician) before moving on to other things.

In fact, if we travel back to medieval times we’d see that apprenticeships were highly prized, and parents would pay a lump sum up front to a master to indenture their children for service of up to nine years without wages in order to learn a work skill. The concept of formal on-the-job training has received a huge boost in the UK with the introduction of the Apprenticeship Levy.

The Levy, which commenced on April 6th, has an ambitious aim – to create three million apprenticeship starts by 2020. As well as increasing the quantity and widening the use of formal apprenticeships across industry, the objective is also to improve the quality of work-based training programs for young people, and significantly reduce the number of young adults dropping out of full time education with nothing to go on to. With such bold targets to meet the scheme needs significant amounts of money, and this will be achieved through the raising of an Apprentice Levy.

The Levy will be charged on all UK employers, and is set at 0.5% of the pay bill. However, not everyone will actually pay any cash over as all employers have been granted an annual allowance of £15,000 to offset against the initial calculation, meaning that at 0.5% the annual pay bill will need to exceed £3 million before any cash actually changes hands. Employers will be responsible for calculating the Levy due, reporting the details and paying over the Levy to HMRC as part of the monthly pay-over of PAYE. As such, responsibility for it falls squarely on the payroll department. The charge falls exclusively on the employer – there is no deduction required from the employee.

The first issue for performing the calculation is to determine the earnings that are to be subject to the Levy charge. The legislation defines earnings subject to the Levy as those also subject to a class 1 secondary (or employer) National Insurance (NIC) charge. So nonresident employers without physical premises in the UK, but who employ staff in the UK cannot be subject to the charge. This is because such employers cannot be charged an employer NIC contribution, whereas the staff who work for them in the UK are employed earners and are subject to the primary (or employee) NIC charge. An example of this would be a company based in the USA who have employed UK local sales managers who work from home or at the premises of clients – once the company obtains physical premises in the UK then a secondary NIC charge would potentially be due, and that company would also be liable for the Levy.

Not all pay is subject to a class 1 NIC charge. The UK has recently made the payrolling of benefits in kind easier by introducing a formal payrolling scheme which provides significant benefits to employers by releasing them from the onerous P11D reporting regime. Benefits In Kind payrolled this way will increase pay subject to income tax, but are subject to a class 1a (employer only) NIC charge – and not a class 1 charge. Equally certain pay items may be subject to tax but not NIC, for example cash mileage allowances over 25 pence per mile once the employee has travelled 10,000 business miles within a tax year. Earnings subject to class 1 NIC should be easy to extract from the payroll software, but this global total for the payroll may not currently appear on your report suite. Obtaining its value will allow an effective estimate of likely Levy cost to the business to be made.

The annual allowance of £15,000 should also be given some thought. The calculation is straightforward for a business with a single entity to consider, and the table below illustrates this:


The scheme calculates the Levy on a cumulative basis for the tax year, spreading the £15,000 over the year in installments of £1,250 per month. As the calculation is cumulative, it is possible that a refund of Levy already paid over could be generated in certain limited circumstances.

Example
A company runs a business with only a handful of permanent staff but periodically takes on temporary workers. The total pay bill for the year exceeds £3 million. In April, a number of temporary staff are hired to work for April only and the pay bill for the month is £1 million. The Levy is calculated as:

In May, the company’s pay bill for the month drops to £50,000 as all the temporary workers have left. The calculation of Levy on a cumulative basis works as follows:

The above example is unlikely to occur in most companies with a steady pay bill but may particularly be experienced in those businesses that are close to the £3 million allowance ceiling.

The allowance position is also complicated for those businesses where there is more than one entity, and the entities are connected through a single owner or board controlled by the same people. Where this occurs, it is important to note that only one £15,000 allowance for offsetting the Levy is available throughout the group. But where this allowance is put across the group is up to the companies concerned. Any Levy paid net of the allowance is an allowable charge for the purposes of calculating profits subject to corporation tax, so there are a number of options companies could use. Consider the following example:

Example
Three companies sit within a group controlled by the same board. Each has an annual pay bill subject to the Levy of £3 million. The group could decide to spread the Levy allowance equally across all three companies so that each received £5,000 of the allowance. The calculation for each of the three companies would read:

In fact company A within the group does not make any profit whereas companies B and C do. As the net Levy charged is a deduction from profit for corporation tax purposes a more tax efficient way of spreading the allowance would be:

Actually, when the group considers the full picture instead of Company A making a loss, it is discovered that Company B fund significant apprenticeship schemes whereas Companies A and C have no apprentices. The group decides that the costs of the apprentice scheme should sit in Company B as the single user of apprentices and the allowance should be used exclusively by Companies A and C as follows:

Why might a company take the approach used in the last example? Because the government's aim is to use the Levy to encourage companies to start new apprenticeship schemes. The idea is that the Levy charge will not immediately be “lost” to the company. Where Levy is paid, it will be transferred to a Digital Account held in the name of the employer. The funds are then available for that employer to spend on approved training from a recognized provider authorized to provide qualifying training. Furthermore, the government will add an additional 10% to each employer’s digital account each time a deposit is made. The employer has 24 months in which to use these funds. Only if the funds are unused after 24 months will they revert to a central pot, in which the government scheme will make this funding available to other employers. So in the example above Company B has not been awarded any allowance because they will be accessing the cash pot to pay for training, and therefore the greater the cash pot the more funds available with the government 10% top up.

And the benefits of the scheme are not just open to employers with a pay bill in excess of £3 million. Any employer, regardless of size, may benefit from the scheme to fund approved training, by simply providing 10% of the upfront costs. The government will fund the remaining 90%, with an assumption that there will be sufficient unused funds to make the scheme self funding. Access to the funding will be via the Digital Apprenticeship Scheme. Levy paying employers should go ahead and set up their own digital account on the government website, gov.uk, in order to access their funds.

The idea of a payroll based levy to fund apprenticeship training is not unique to the UK. In France, the taxe d’apprentissage (TA) shares the same broad aims. There are two taxes, with the Contribution Supplementaire a l’Apprentissage (CSA) also charged. The TA is charged on all types of business entity residents in France where the total annual payroll exceeds six times the annual minimum wage threshold. The calculation runs a year in arrears, so charges levied in 2017 are based on payrolls that exceed €105,596 in 2016. Certain employers in the agricultural and education sectors are exempt, as are nonresident employers with no place of business in France. The rate of the TA is set at 0.68% of chargeable payroll (with a lower rate of 0.44% in the Alsace-Moselle region of France).

For the CSA charge, the company must first have at least 250 employees to be liable for the charge. If the company has at least 5% of its workforce engaged on recognized work based learning contracts then no charge will be made. Where this threshold is not met then a charge ranging from 0.05% to 0.4% of assessable payroll will be made – the more apprentices hired, the smaller the charge.

Both taxes are levied on earnings subject to social security contributions. The wages of any apprentices employed by the company are largely excluded from this calculation (employers with up to 10 employees can exclude all of an apprentice’s pay). The two taxes are currently reported via the annual DADS return and the taxes due must be paid before March 1st each year.

Payroll Levies designed to fund workforce education or skills development are not unique to Europe. South Africa has the Skills Development Levy which is set as an employer only charge of 1% of the total monthly pay bill. As well as funding learning opportunities, the charge also provides funds for apprentice wages. Each employer should register with the Sector Education Training Authority for their relevant business classification. This will enable the company to potentially access financial support for training initiatives.

So the UK’s new Levy is not a unique addition to the global payroll landscape. As well as being an additional cost for UK businesses, it does also offer an opportunity. Companies should recognize the behavior the Levy is designed to promote, and engage in the process. Use the provision of, in essence, a ring fenced training budget to promote the use of entry level training. Modern apprenticeships are so much more these days than simply teaching tradespeople or engineers a skill – they can be applied to all parts of the 21st century economy. Like Elvis, the scheme is designed to “shake up” training! 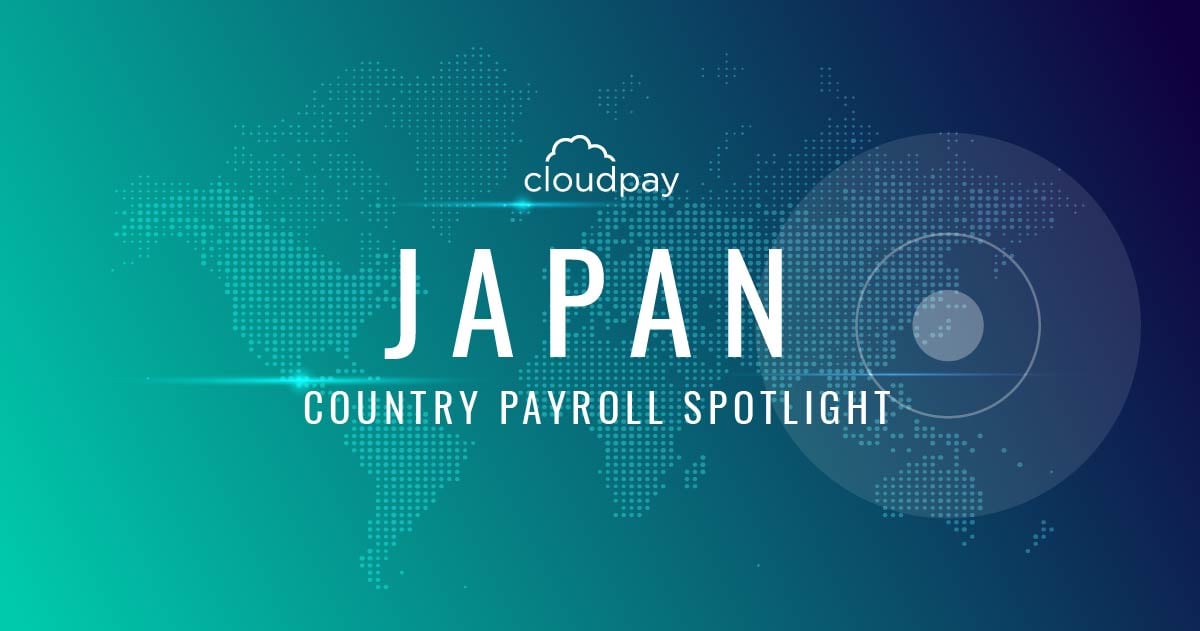