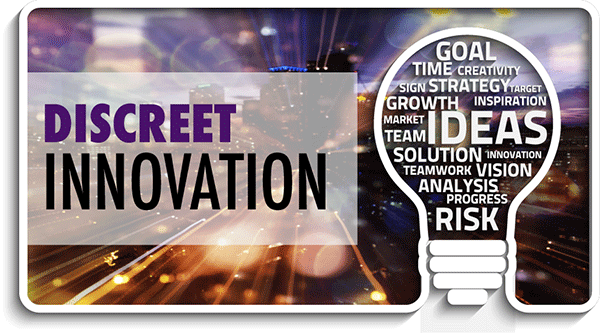 We live in an era obsessed with disruption, enchanted by the bright lights of bold, novel ideas and increasingly bored with the tedium of measured, practical ones. But as we celebrate the origin stories of startups born at late-night, caffeine-fueled hackathons, we often overlook an unspoken truth about disruption rarely mentioned in weekend innovation seminars or TED talks. In our rush to move fast and break things, we’ve forgotten that disruption can, by its nature, be disruptive to end-users.

That’s all good and well for businesses like social networks and media streaming platforms, whose users are constantly clamoring for the latest and greatest in technology and content. But what about companies in more risk- and change-averse industries, where the need for innovation is just as dire, but the burden of asking end-users to completely revamp their daily routines is simply too high?

As it turns out, by striking the right balance between innovation and moderation, it’s possible to disrupt a market without disrupting the end-user—to effect just enough change to move the needle forward, without turning off your target demographic and leaving behind loyal users. I call this discreet innovation.

Discreet innovation is how we at CloudPay work to transform a sector not exactly known for its pioneering embrace of bleeding-edge tech: the global payroll space. It’s no secret that this industry runs on Excel spreadsheets and legacy processes. This presents myriad issues for things like data integrity and IT security, and is a significant obstacle to implementing the sort of robust analytics made possible by artificial intelligence, machine learning, and other modern technology. But at the same time, Excel just works: people get paid, reports are generated, CFOs are generally happy, or at least as happy as CFOs get.

While many vendors have attempted to disrupt the market through mobile spreadsheet apps or business intelligence (BI) suites that eschew spreadsheets entirely, payroll practitioners remain resoundingly opposed to the idea of moving away from the full desktop version of Excel and all the macros and tools they’ve been using productively for years. These would-be disruptors, in their zeal to reinvent the wheel, fail to realize that for payroll workers, Excel is a core professional competency. Asking them to abandon it is to ask industry veterans to essentially start over at the beginning of the learning curve.

In contrast, CloudPay approached the problem through the lens of discreet innovation. We asked, “If payroll professionals are effective with Excel, then how do we develop a system that delivers the benefits of new technology while retaining Excel at its core?” We asked, “How do we deploy things like artificial intelligence and automation without undermining the expertise of our end-users?” We didn’t just design new features in a vacuum: We asked, “What does the success of this new feature require of our loyal customers?”

These questions guide the development of key CloudPay products, including our new Connect module, a HCM integration framework already making significant inroads in the market. Through a mix of sophisticated automation algorithms, robotics, and artificial intelligence, Connect seamlessly converts Excel files into proper field-level databases, affording all the benefits of security and data integrity, but in a way that’s imperceptible to the end-user. We’re innovating in the market while simultaneously empowering our practitioners, rather than disenfranchising them. Though this approach represents a less drastic shift than a disruptive transformation, it’s harder to pull off. It demands nuance, empathy, and a thorough understanding of your user base.

To be clear, Excel is still an imperfect tool and in the long run, may well be phased out in favor of something better. But in the meantime, we’re building products that shave days off of processes that used to span a week, while delivering a better end-result. Equally important, it gives payroll professionals a taste of new technology, priming them for more significant changes down the line and providing a ramp to getting there. End-users don’t feel left behind because discreet innovation means meeting them where they are, rather than forcing them to play catch up with new technology.

Though we are undoubtedly in the midst of a fundamental reimagining not only of the payroll space but virtually every tech-driven industry, we’d nevertheless do well to remember that the psychology of change must temper the tide of disruption. Discreet innovation provides that balance, and I for one am eager to see it catalyze sustainable change for others.