Gender pay gap reporting will soon be mandatory in several countries. We look at the requirements and what they might mean for payroll professionals.

“It is a truth universally acknowledged that women almost always end up being paid less than men” *. Okay so Jane Austen didn’t actually write this as her starting line for “Pride and Prejudice”, but she could well have done, and two hundred years later the sentiment would still be true. The UK’s Office of National Statistics estimate that amongst full time employees, women earn on average 9.4% less than men, but when the statistics are opened to include part time employees this gap increases to 18.1%. But what can be done about it?

Equal pay legislation has been around since the 1970s and while these gaps have shrunk over time, the honorable aim of achieving parity is still a long way off. A new approach is clearly needed to speed up this process, and two European nations are introducing new legislation to further this objective in 2017 which will directly impact on payroll departments.

New Regulations in the UK, Germany and Australia

In the UK, the government has decided that it is time for certain companies to report data publically on pay differences between men and women. The new legislation introducing this requirement is the Equality Act 2010 (Gender Pay Gap Information) Regulations 2017. The legislation is targeted at companies with 250 or more employees, and the government estimates this will cover 34% of the UK workforce. The requirement is to take a snapshot of the relevant pay data for all employees and workers by 6th April 2017 which potentially goes back to 6th April 2016. The company must then publish the relevant data by 4th April 2018 on both its own website and a government sponsored one together with a statement confirming its accuracy signed by a Director or equivalent. The data must remain displayed for three years.

Germany has also chosen to go down a similar path. The Remuneration Transparency Act is due to pass into law in July 2017 to become effective from January 2018, and is designed to tackle inequality in two ways:

Other countries also have this issue high on the public policy agenda. Australia created the Workplace Gender Equality Agency with responsibilities for policing the Workplace Gender Equality Act. This legislation applies to all companies with 100 or more employees. It requires annual filing of workplace profile data, which covers the type of employment contract, hours of work, remuneration data and gender as well as specific additional requirements for certain industries.

The Agency does not apply financial penalties for non-compliance, but adopts a “name and shame” approach with the current list showing details of approximately 60 companies ranging from an abattoir, upmarket hotels, software companies and freight transport businesses. Failure to comply with the requirements may also mean that private companies are not eligible to tender for work funded by the Federal Australian government, or receive financial grants from central funds. Clearly if public humiliation won’t do the trick, then the threat of losing public contracts and funding could really hit the business bottom line.

So what do the new UK rules require the employer to do? The snapshot report is required to cover six key areas as follows:

To calculate the numbers, the employer must first decide the population of employees and workers to be used for the statistics. The requirement covers all employees and apprentices, but also covers those who are covered by a personal requirement to do the work. The last group are deemed “workers” rather than employees and attract a pared down version of employment rights including access to the national minimum wage, paid holidays and pensions auto enrolment rights.

Those familiar with recent employment law cases covering Uber and Pimlico Plumbers will appreciate that this means including workers who are considered self-employed for key payroll obligations, and are thus often not included on payroll records but paid by submission of an invoice. A key challenge will therefore be to gather data on these workers for inclusion in the gender pay reporting statistics.

The calculation must start by calculating ordinary pay and bonus for the pay period, removing any amounts of back pay that relate to a previous pay period. The pay thus calculated is then divided by the number of working days in the period and then by daily working hours to compute the average hourly rate of pay for each sex separately. The formula for calculating the gender pay gap on average hourly pay is:

What other challenges might the calculation present? It is necessary to strip out from the pay data any employee who is currently on a reduced rate (or even nil pay) due to vacation, sickness, maternity or parental leave or anyone enjoying any form of special leave such as an unpaid sabbatical. Will this be done automatically by your payroll software, or will the data require some manual management editing?

As well as average and median hourly pay, the reporting requirement also focuses specifically on bonuses as part of the reward package rather than other issues such as Benefits In Kind. Presumably the government is interested to see whether a culture exists whereby basic salary rates are closely aligned but the award of bonuses, which often has an element of subjectivity around the award criteria, favors one sex over the other. Put simply, if the boss always gives his/her male subordinates a slightly better appraisal rating (either consciously or sub-consciously) then this could well filter down to expose a gender pay gap among bonus payments.

The bonus calculation requires companies to capture data for 12 months of history back from the snapshot date, and again will be subject to editing as it must only include bonuses that have been paid for work performed in respect of the reporting period. The definition of what constitutes a bonus for reporting purposes broad, and covers all one-off payments designed to reward productivity or performance, provide profit sharing and incentives, and commissions. Businesses that typically have a delay between bonus year and payment will therefore need to determine how best to capture the data relevant to the reporting year. As well as reporting the gender pay gap, bonus information must also report the gap between those who received a bonus and those who didn’t.

What will happen to a business if the report is not filed on time or indeed at all? The legislation does not mandate any penalties currently for non-compliance, and no doubt in some businesses there may be an attitude of “So what?” to the requirements.

The UK government is not initially proposing a “name and shame” regime and has opted instead for the assumption that businesses which wish to be compliant with the law will meet their obligations, and would not want to risk public exposure should they not comply.

Investigative journalists across the country must be highlighting May 2018 for stories on just such non-compliance. It should also be noted that the government has indicated that once gender pay gap reporting is established, consideration may be given to reporting differences on pay on other diversity issues such as race or socio-economic background.

For many businesses, the answer to gender pay gap reporting will lie within the payroll software. If you are likely to be impacted by the reporting requirements, now is the time to check with your software provider as to what tools they might provide to assist in the reporting process. Your business should also nominate a senior person who will be signing off on the report. That person will need to be talked through the rules, methodology and indeed the company’s response should the report show a significant gender pay gap within the business. Can your current payroll or HR software produce a test gap analysis using previous years pay data to give an indication of what the numbers might look like, which might help to shape company policy? A powerful payroll analytics and reporting platform may be able to help you generate these reports automatically.

There is a tremendous opportunity here for progressive companies to establish their position as an employer of choice for the brightest and best employee talent in their market. For those businesses that have managed to achieve equality or are much closer than average, why not shout this success story from the rooftops to engage 50% of the working population and attract them to work at your company? The legislation does not mandate that a commentary be provided on the numbers, but those companies who managed to achieve parity between the sexes should be actively advertising this success. The UK government plans to publish guidance on voluntary narratives that comment on the story behind the figures shortly, but your organization should discuss this internally to determine whether to take advantage of this ability.

* The actual quote from the first line of Pride and Prejudice reads “It is a truth universally acknowledged, that a single man in possession of a good fortune must be in want of a wife”

Understanding Payroll in Brunei: What Global Companies Need to Know About Brunei Payroll 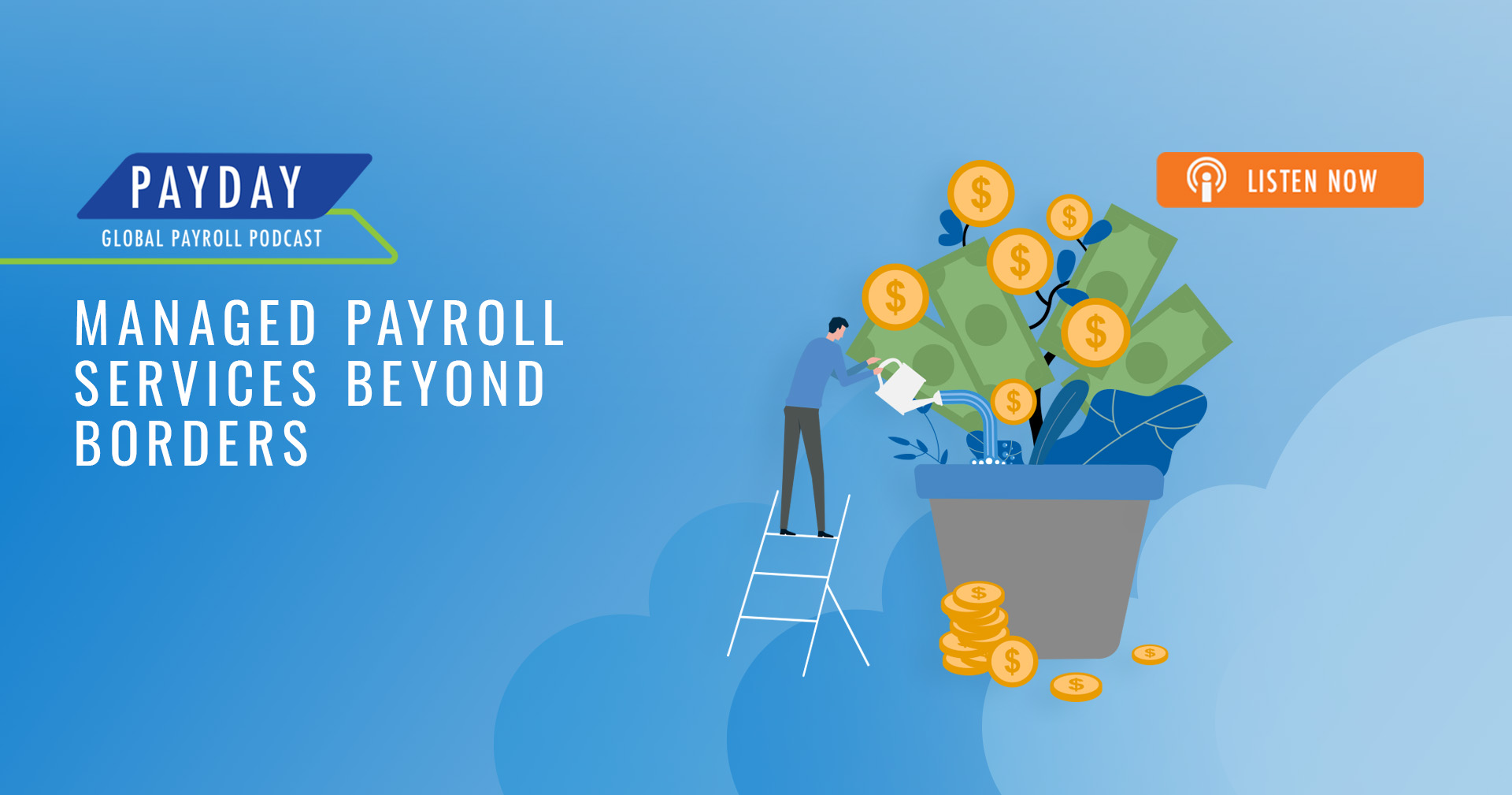 Beyond Borders: a global perspective on managed payroll services from the Payday Podcast

How to Upgrade Your Global Business

8 Ways to Enhance Your Global Business: How can multinational organizations grow in a fast-changing business world?

Any business that deploys employees overseas is likely to encounter the requirement to run a shadow payroll. So who